Another blog rerun...this one is the most popular post I've ever written with over 6000 viewers since it went up. It was originally posted as part of my American Songs Vol. 2 "Stories Behind the Songs" series...

Story behind the song: The melody for "Goin' Home" was written by the classical Czech composer Antonin Dvorak in 1893 as part of his Symphony no. 9: From the New World (a symphony loosely based on Longfellow's poem "Song of Hiawatha"). In the early 1890's, Dvorak was invited to teach for a four-year residency at the American Conservatory of Music in New York.

Dvorak was very interested in "peasant music" when he lived in Prague, and when he came to America, that interest transferred over to what he referred to as "negro melodies." His copy assistant Harry Burleigh (an African-American) played a large role in introducing him to these folk songs. Dvorak began to promote the controversial idea that African-American music would be the future of America. He incorporated these musical themes into his own music, and admitted talented African-American musicians into his classes free of charge. 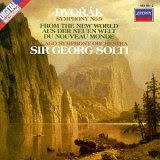 Now this idea of Black music as the "future of America" was controversial in a number of ways. Some, as you would expect, felt he was tainting the fine art of classical music by incorporating such a "lowly" art form. Others felt that Dvorak's analysis wasn't authentic, but based solely on some of the popular affectations of "negro melodies" written by white men (like Stephen Foster, for example)...I found this interesting piece in a May 30, 1893 article in the South Carolina paper, "The State":

Had Dvorak, who is learned in music, been long in this country, he would know, as nearly everyone else knows, that none of the so called "negro melodies" is of negro origin..."The Swanee River," "Nellie Gray," "Massa's in the cold, cold, ground," and the other accepted melodies pertaining to Afro-Americanism are the creations of white men. Dr. Dvorak ought to spend a winter in Blake Township, Colleton County, or on Hilton Head Island. There he would hear genuine negro melodies. He can't hear them in the concert halls of the North.

Nevertheless, Dvorak's interest in African-American melodies (which did include spirituals like "Swing Low Sweet Chariot") affected many in the music world. One of his students, William Arms Fisher, took his message to heart and began collecting, arranging, and publishing hundreds of African-American spirituals. He also wrote words to the Largo movement of Symphony no. 9, which became known as "Goin' Home."

I chose "Goin' Home" for the last song of American Songs volume 2 because, despite the fact that it is not technically American music, but European, it was monumental in the way the world began to hear traditional American folk music. And thematically, all the songs on this new album have to do with traveling, moving, trying desperately to get to a place of hope, freedom, or love. How else could it possibly end?

Here is a very interesting article about Dvorak and the American landscape of the 1890's from University of Texas. (If you click on the gorgeous Bierstadt Indian Canoe oil painting, you can watch an analysis of "New World Symphony.")

Here's more on William Arms Fisher and his relationship with Dvorak. (Scroll down until you hit "Fisher.")

Here is a beautiful version of the 2nd movement played by the Dublin Philharmonic Orchestra:


Lyrics (Click on the song title to listen to a sample):

It's not far, jes' close by,
Through an open door,
Work all done, care laid by,
Gwine to fear no more.

Mother's there 'spectin' me,
Father's waitin' too,
Lot's o' folk gathered there,
All the friends I knew.

Home, home, I'm goin' home.
Nothin' lost, all's gain.
No more stumblin' on the way,
No more longin' for the day,
Gwine to roam no more.